What they conveyed is that there is truth and goodness. We can overcome evil.

The same impact is reported from other such vigils this weekend, and over the past two weeks, from Mexico to Yemen. This process was reviewed in a profound discussion Dec. 3 at The LaRouche Organization weekly Manhattan Dialogue, entitled “Ten Principles To Save a Self-Doomed Civilization.”

Yesterday’s vigil in the capital of the United States also took on special meaning, as it came on on the eve of the second Sunday of Advent. Today, for Christians around the world, the season is underway of hope and waiting for the light.

Whatever the differing particulars of where and when these music vigils are taking place, they add great strength to the mobilization to stop the threats now leading to nuclear war, and spreading destitution.

The ineffable sense from great music is that there is truth and it is universal. We have a special battle to vanquish the enemies of mankind now trying to destroy that principle.

There is an assault through Global NATO to “inoculate” young people in particular, as well as the general public, to believe whatever they want you to, and that anything else is disinformation, or misinformation. They call it “pre-bunking” of thought, as distinct from merely debunking incorrect opinions after the fact.

Part of the apparatus to accomplish that—along with censorship and blackout of information—is through insidious school curricula, going under such euphemistic names as “media literacy.” The European Commission announced in October its “Guidelines for Teachers and Educators on Tackling Disinformation.” In the U.S., New Jersey will be the first state to start a statewide K-12 curriculum for “media literacy,” when the governor signs a new bill that the legislature passed in November.

These initiatives are in line with the world “Democracy Summit” operation, launched a year ago by U.S. President Joe Biden. In March 2023, at the second World Democracy Summit, co-hosted by the U.S., will review progress in five “pillars of democracy,” with the very first one being to “combat disinformation” wherever it may be. The U.S. State Department, through the USAID, collaborating with Britain and the Netherlands, have been conducting dirty operations in many nations over 2022 for “media literacy,” “combatting disinformation” and pre-bunking.

One of the most prominent research specialists in “pre-bunking” does work for NATO. The NATO Strategic Communications Centre of Excellence published “Inoculation Theory and Misinformation” in October 2021, co-authored by Prof. Sander van der Linden, an expert in pre-bunking, and Director of the Cambridge Social Decision-Making Lab based at the Cambridge University, and by postdoctoral fellow at the Cambridge lab, Jon Roozenbeek.

These are the networks tied in directly with the crazies who push policies leading to nuclear war and tearing down economies, to cause mass death.

Our mightiest weapon to destroy these enemy operations is engaging in and spreading the knowledge of principles and proposed actions, whose dialogue was initiated by Schiller Institute founder and leader Helga Zepp-LaRouche at the Nov. 22 international conference, “Stop the Danger of Nuclear War Now.”

Think of those who sang and prayed during the devastation of the Thirty Years’ War in the 1600s, then the years of making the Peace of Westphalia to end that 150 years of war. These German chorales, from the time of strife through the time of making peace, come down to us still, with their message of hope. 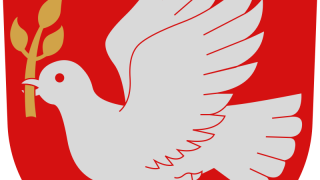