Why Is There No Competent Anti-Inflation Policy from U.S. Officials?

HyperinflationHarley Schlanger UpdateLeaflets
Why Is There No Competent Anti-Inflation Policy from U.S. Officials? PDF

As inflation continues to soar, driving food and fuel prices ever higher, as U.S. infrastructure is ancient and crumbling, productivity is declining, and the physical goods component of the economy continues to contract, where are the political leaders who should be addressing these economic concerns?  Poll after poll confirms that the number one issue for Americans is the economy, particularly the devastating effects on living standards of inflation.  The same polls show confidence in President Biden plunging to record low levels,  with even lower poll ratings for the Congress in general, for members from both parties.

The polls reflect a growing frustration, even anger, against politicians, who may pay lip service to concerns over the falling living standards, but limit their discussions to ideological talking points derived from the same axiomatic assumptions which are collapsing the economy.  No elected official has the courage to step forward to present a competent plan to combat inflation, much less try to provide a legitimate explanation of the cause of inflation.  Republicans blame Biden and "Big Government", pointing to deficit spending as the cause.  This ignores the reality that the biggest deficits in U.S. history before Biden were those of the last three Presidents -- G.W. Bush, Obama and Donald Trump, i.e. two Republicans and Obama, whose policies were in line with the Bush Republicans.  Republican Congressmen making this claim also ignore their own role in passing the budgets which they say are the problem.

Biden and his allies are no better, blaming Putin and his "invasion" of Ukraine for inflation, hoping that no one will remember that inflation began to rise long before the launching of Russia's special military operation on February 24, 2022.  For the year 2021, inflation already was up over 7%.  Calling the price hikes at the gas pump a "Putin tax" is laughable, though it is not at all funny!

So how do they get away with such obviously wrong, even farcical answers?  Can Americans not see through these deceptions?

There has been a largely successful operation run since the assassination of John F. Kennedy in 1963, designed to undermine the traditional American System approach to economic policy, which channels investments into physical goods production, increasing productivity which, in turn, supports improved living standards.  This fosters scientific and technological optimism.  Economist and statesman Lyndon LaRouche has revived and advanced the idea of the American System, based on the key role played by the first U.S. Treasury Secretary, Alexander Hamilton.  LaRouche identifies Franklin Roosevelt as having returned to Hamilton's approach in overturning the 1929-33 Great Depression.  The reversal of the FDR's restoration of the American system began with British-directed subversion of Roosevelt's post-World War II plan to provide capital goods production capabilities -- which had been deployed for America's military production in the war -- to rebuild those nations whose economies had been devastated by war, as well as to the former colonial nations, so they could leap frog into modern economies.  This was the intention behind his Bretton Woods policy, which was to create a monetary-financial system through which the war machine of the so-called Arsenal of Democracy could be converted to allow for the economic advance of the physical economy of developing sector nations.

A successful implementation of FDR's anti-colonial design posed a direct threat to the intent of the financial cartels of the City of London and Wall Street, which desired a continuation of the imperial system, using the former colonies for cheap labor and cheap raw materials.  With the untimely death of Roosevelt, his plan for the Bretton Woods system to foster cooperative, mutually-beneficial relations between sovereign nations, was sabotaged.  The financial and other cartels, backed by the military power of the U.S. and its western allies, continued to loot and plunder the poorer nations with neo-liberal economic policies, under slogans such as "free trade" and the need for "free market" reforms.  The transfer of wealth from the developing sector which resulted was celebrated as reflecting the superiority of the "free enterprise" system.

John Kennedy, who was an outspoken opponent of colonialism as a Senator, used his presidency to attempt to go back to the intent of FDR's Bretton Woods system.  His commitment to scientific and technological progress, typified by his support for NASA, as well as for FDR-style infrastructure projects, was restoring that scientific optimism among Americans.  For this, he became a target of the London-Wall Street cartels.  Following his assassination, likely organized by operatives of the cartels, they moved against NASA, his infrastructure plans, and his programs of economic cooperation with developing sector countries.

Additionally, they launched the Green movement, as an anti-science program aimed at depopulation, to spread Malthusian ideas, such as the need to reduce the world's population -- this movement, when combined with neoliberal economic dogma, undermined the idea of cooperation for technological progress which had fueled the optimism of the sixties.

The confusion spread by these "anti-American" ideologies made people pessimistic about the future, and susceptible to the brainwashing implicit in "identity politics."  Forget the idea of a "national mission", take care of yourself and others in your identity group, defined by religion, race, ethnicity, gender, etc., dividing people into artificial "left-socialist" versus "right/conservative" identities.  This has created a polarization which dominates all political discussion.  With a fully compliant media, those who operate above the parties, who fund politics through corporate cartels and shape issues through "think tanks" and control over academic narratives, have been able to trigger sharp reactions on key, narrow "hot button issues", while diverting attention away from serious evaluation of such matters as the ongoing collapse of the real economy!

For example, at present the media and most politicians are shaping the battle lines for the 2022 mid-term elections over abortion rights, following the repeal by the Supreme Court of Roe V. Wade; over gun rights, in the midst of a proliferation of mass shootings; and response to the Committee hearings supposedly investigating the events of January 6.  If they speak of inflation, they decry its effect, but steer clear of addressing its real cause, which is the relationship between the Federal Reserve policy of producing huge volumes of liquidity to the largest banks, who pass it on to speculators, while cutting off credit to industry, agriculture and other sectors which engage in physical goods production, that is, the real economy.

This is not surprising, given that those who benefit from the casino economy generously fund campaigns of both parties, and run slander attacks against any candidate who even begins to challenge the corrupt relationship between elected officials and their benefactors in finance, insurance and real estate.  This is why Lyndon LaRouche, who spoke truthfully and prophetically about these corrupt practices, was attacked so viciously.  It is also why those who are serious about breaking with corrupt politics as usual and beginning to address the need for a new financial architecture, are turning to LaRouche's associates for answers on how to stop inflation in the U.S., and globally.

The Executive Intelligence Review, a weekly online publication produced by associates of LaRouche, has for years written about how shrinking physical production of the economy, while pouring liquidity into financial and monetary aggregates, drives inflation.  This is summarized in LaRouche's Triple Curve theory.  If the inflationary blowout of the economy is to be stopped, the rapid assimilation of LaRouche's analytical method should be mandatory, for average citizens, as well as elected officials.

The one campaign which is addressing the root cause of inflation resulting from the post-1963 shift away from FDR-JFK economic policies is that of LaRouche Independent candidate Diane Sare, who is running against New York incumbent Senator Chuck Schumer, a Democrat.  The Sare campaign has identified Schumer as a spokesman for Wall Street and the Federal Reserve policies which are responsible for inflation.  She is not afraid to take on the simplistic popular opinion prevalent among politicians and most voters about inflation, nor is she hesitant to present the "big ideas" associated with LaRouche to counter the brainwashing of the media.  Her campaign to achieve ballot status, despite the efforts to exclude her, "allows real ideas to enter public discussion," building a movement outside the control of "Single Issue" politics.

Sare's approach is the antidote to the dysfunction so obvious in U.S. politics, and represents the opportunity for the U.S. to break away from the "free market" looting policies which have embittered people in many nations against the U.S., and return to the ideals of its Founders, through reviving the American System of physical economy. 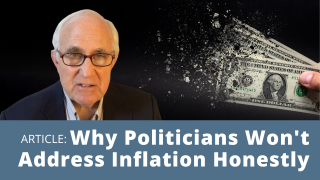 Wars, austerity and economic collapse are weapons deployed by the financial oligarchs as they seek to extend their control over submissive populations. They are betting that the sleepwalkers will remain asleep. Will you join us, to disrupt their fantasies of global domination?

Defend Your Right To Deliberate, If You Want To Stop World War

Aug. 9—“Global NATO” is bearing down on its drive to control “the narrative” around the globe. No opinion which is not the official “narrative” is allowed anymore; action is being threatened against those who would violate these orders. These are pre-war measures, Schiller Institute founder Helga Zepp-LaRouche warned today. They must be defeated.