One Step Away From the Nuclear Annihilation of Mankind!

Dec. 12—The following statement by Helga Zepp LaRouche endorsing the offer of Pope Francis to use the venue of the Vatican for negotiations between Russia and Ukraine for a diplomatic settlement of the war in Ukraine was released by the Schiller Institute today for international circulation and is being translated into several languages for the widest possible circulation.

To all religions, elected officials, civic organizations, and people of good will worldwide

One Step Away From the Nuclear Annihilation of Mankind!

The international Schiller Institute endorses the offer of Pope Francis to use the venue of the Vatican for negotiations between Russia and Ukraine for a diplomatic settlement of the war in Ukraine. The confrontation between the U.S., NATO, and Russia has escalated to the point where one more step, even an unintended mistake, one misreading by one side or the other, could trigger the launching of the entire nuclear arsenals of both sides, leading to a global nuclear war, followed by a nuclear winter of about ten years, which would mean that in all likelihood not one human being would survive.

According to the U.S.-based Arms Control Association, citing senior U.S. officials: “Biden has decided not to follow through on his 2020 pledge to declare that the sole purpose of nuclear weapons is to deter a nuclear attack against the United States or its allies. Instead, he approved a version of a policy from the Obama administration that leaves open the option to use nuclear weapons not only in retaliation to a nuclear attack, but also to respond to non-nuclear threats.”

In response to that change, Russian President Putin declared on December 9, in a press conference in Bishkek, Kyrgyzstan that Russia will reconsider its nuclear doctrine to use nuclear weapons only if the existence of the Russian state is threatened, and may respond to the U.S. doctrine of preemptive strike by adopting the same policy of a preemptive strike. That means we are one step away from a thermonuclear catastrophe.

We call on all people of good will to support the offer of Pope Francis, which has been reiterated by Vatican Secretary of State Pietro Parolin, to use the venue of the Vatican for the immediate beginning of peace negotiations, without any preconditions.

This is no longer an issue between Russia and Ukraine, and it never was. The Ukrainian people, like the Russian people, are victims and their suffering must stop immediately. This has become an issue of the entire human species, because if such a nuclear war happens, there will be no survivors.

We call on you to join our request for a diplomatic solution. Also join our campaign to conduct choruses in the whole world to sing the canon for peace, “Dona Nobis Pacem.” May the voices for peace move the hearts and minds of those responsible. 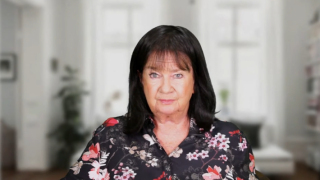