This Is Britain’s War

Nov. 26—Objectively, we are both at the verge of World War III, and also on the verge of a completely new system. Which way it will go, will depend on the energy and number of people who are fighting for a better world system, Schiller Institute founder and leader Helga Zepp-LaRouche stated bluntly in her Nov. 25 webcast. “This is a period when a large amount of what happens will depend on the subjective factor.”

It is becoming more and more clear, that the drive for nuclear war—yes, a conscious and deliberate drive to create the conditions for a United States nuclear showdown with the world’s other great nuclear power, Russia—is being led from London. There are Americans involved in this drive, for sure, but the command center is Perfidious Albion, and it is about time more Americans woke up to this fact.

British officials are now counselling Kiev to “keep up the momentum” of the war against Russia during the winter months. U.K. Defense Secretary Ben Wallace ordered, in an exclusive Thanksgiving Day interview with the U.S. publication, the Daily Beast, that “it would be in the Ukraine’s interest to maintain momentum through the winter.” Wallace repeated the line pouring out from British intelligence, that the Russian military forces will be a piece of cake for Ukraine to defeat. “Russia Risks Knockout Blow in War as Putin Hits Rock Bottom; SEIZE THE MOMENT. Vladimir Putin has left his troops in a perilous situation and a senior military official tells The Daily Beast it’s go-time for the Ukrainian counteroffensive,” the Daily Beast’s headline blazed.

The Daily Beast acknowledged that Wallace’s “intervention” counters the suggestion coming from U.S. military leaders such as Joint Chiefs of Staff Chairman Gen. Mark Milley, that the start of winter would be an opportune time for Ukraine to explore opening negotiations with Russia on a diplomatic resolution to that brutal conflict. And that the U.K. is more “upbeat” about Ukraine’s prospects than other NATO allies, and that the Ukrainians view the British Defense Ministry as their best allies.

Others in the British Establishment are demanding that the world now boycott Russian grain—even if that means further hunger and starvation. Former U.K. Defense Secretary and NATO Secretary General George Robertson issued a call for the West to put itself—and the world—on a war footing against Russia. “We,” he wrote Nov. 18 in an opinion piece in The Economist, have been complacent. The tens of billions in weapons pouring into Ukraine from the NATO countries (with the U.S. in the lead) is nothing compared to what is needed. All countries must stop buying wheat from Russia; the bureaucracies of democratic governments must be pushed aside for “a war footing [where] a few individuals are empowered to make choices rapidly.” Western politicians must launch “a relentless barrage of publicity” that people must sacrifice, “through the cost of living in particular,” for this war.

“We?” The vast majority of humanity, the people in the West included, want nothing to do with the system which Robertson calls “we.” This is not a program which can be successfully imposed democratically. It could be stopped democratically, however, if people decide, as Zepp-LaRouche urged, that it is better to do so than to sit there passively and wait until nuclear war has extinguished the human species!

A new international system is needed, not based on anyone’s “rules,” but on principles around which all the people of the world, from all of the many beautiful and varied civilizations and cultures, can come together to work for the benefit of humanity as a whole. People from every nation and persuasion are needed to determine what those principles must be. Zepp-LaRouche herself kicked off that discussion, putting ten basic principles on the table for discussion during the Schiller Institute’s Nov. 22 conference to stop nuclear war.

Such negotiations on principles were what led to the 1648 Treaty of Westphalia, which ended the prior 150 years of war and economic destruction not by imposing a different set of “rules,” but establishing the common interest of all parties, to help secure the peace and development of each and every one of the parties once at war.

To understand how this can work, Americans only have to look back to the discussion of principles whose outcome was the beautiful Constitution upon which the United States of America is founded. In her webcast, Zepp-LaRouche pointed to the role of the Federalist Papers in doing just that. Now, she added “let us have a discussion on how we can give ourselves principles to govern ourselves…. This time this task is, for sure, there for the entire human species and the international community.” 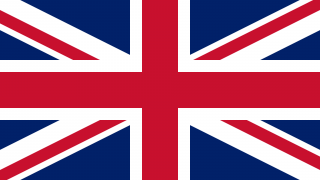