Oct. 7—On Oct. 5, Newsweek magazine published a purported "fact checker" story, asserting that the Ukrainian Myrotvorets operation is not a "kill list," but merely a database which tracks people who promote "the Kremlin agenda," which, they admit, is used by the Ukrainian government. The scandalous story goes so far as to state that "Mirotvorets does not advocate violence against those on its database," a bald-faced lie which anyone who merely visits the Myrotvorets website can refute.

Newsweek’s desperate CYA piece was published in the midst of mounting international pressure for the Myrotvorets list and its companion, the Ukrainian National Security and Defense Council’s Center for Countering Disinformation (CCD), to be shut down. That pressure includes vociferous, public demands by prominent retired U.S. military and intelligence professionals, including on platforms organized by this news service and the Schiller Institute, that the U.S. government must cut off all U.S. funding and cooperation with these operations, and discussion which has also begun within the U.S. Congress.

The Newsweek defense of Myrotvorets is so preposterous that it had to have been commissioned by some U.S. or British intelligence network panicking over the increasing coverage, internationally and inside the U.S., of the fascist nature of the Ukrainian regime receiving tens of billions of dollars and weapons from the United States and Europe.

The story was couched as a response to Rolling Stone magazine’s interview the day before with Pink Floyd founder Roger Waters, who is on both the Myrotvorets and CCD hit lists. Waters had countered Rolling Stone’s repetition of the NATO narrative on the Ukraine-Russia conflict by pointing to the threat to his life from these Ukrainian government operations, announcing that "I’m on a kill list that is supported by the Ukrainian government…. and they’ve killed people recently."

Rolling Stone headlined the interview with the "Kill list" charge, which then was covered widely. Newsweek stepped in to save the fascists:

"Waters's characterization of the Mirotvorets website (if that is indeed the list he is referring to) as a `kill list’ is inaccurate. Mirotvorets does not advocate violence against those on its database, and there is no conclusive evidence that it's ever been used as a `kill list,’ as Waters claims. Also, while the list has been used by Ukrainian authorities and agencies to keep track of those whom they suspect of undermining Ukraine's sovereignty or promoting the Kremlin's agenda, it has no known or official links to the Ukrainian government."

Ironically, only a few weeks before, Myrotvorets celebrated on its news feed how it "has become an integral part of the sector ensuring Ukraine’s national security," and wrote proudly that "never has Myrotvorets cooperated so effectively with the state authorities of Ukraine as under Zelensky after 04/24/2022." 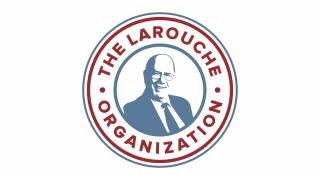