Exposing the Lies About Xinjiang

There's a lot of talk about the "cancel culture" movement these days. But this didn't begin simply with tearing down a few statues. It began about 100 years ago with the British operations to transform American culture, represented by Washington, John Quincy Adams,Lincoln and FDR, into the type of "imperial" mindset that has been manifested by President Biden and his regime in their new "surrogate warfare" against Russia and in the attempt to create an Asian NATO to contain China, reflected in Biden's trip to Asia.

Why does the U.S. President see himself as some kind of Emperor, who can unilaterally dictate the rules for the entire world? The fact of the matter is that this "emperor" doesn't have clothes.

While the U.S. can still provoke a nuclear war, it has a hard time building (or even repairing) a bridge or a railroad. While the "emperor" can carry a "big stick", he has no carrots to offer anyone. If we are to return to a policy where the United States can "build back" at all, we have to return to our TRUE cultural roots and traditions, where Russia and China were major countries that we could work with, in spite of the differences in our system.  We must cut the rope that binds  this American cockboat to the British man-of-war, and hope that the British will learn some manners from their Irish neighbors. 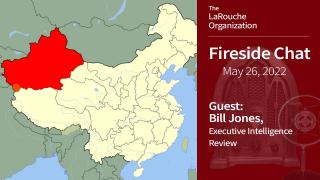