Taiwan Is the Latest Spark; Who Will Defuse The Bomb?

Aug. 2—The situation is much worse, and the military threat much greater than almost anyone thinks. Immediate action is demanded to prevent a tragic collapse into nuclear war.

As of Tuesday night, U.S. time, it can be said that although China did not shoot down Nancy Pelosi’s plane as she and other U.S. legislators stupidly flew into Taipei, any idea that this insane provocation showed China who’s boss is wildly off the mark. Pelosi claims to be bringing a celebration of Democracy™ to a “free and open Indo-Pacific,” but her actions serve only to imperil the people, peace, and economy of Taiwan and the entire world.

Beijing has already announced economic measures against Taiwan, and several days of military exercises and drills involving live ammunition, to take place in six zones surrounding Taiwan. These zones prominently include areas that would be within Taiwan’s territorial waters, were it an independent nation.

Meanwhile, in a stunt to coincide with Pelosi’s Wednesday meetings in Taipei, the U.S. Senate Foreign Relations Committee is scheduled to discuss the Taiwan Policy Act of 2022, a disastrous piece of legislation that would earmark billions of dollars for weapons to be sent to Taiwan, end the requirement that those weapons be of a “defensive’ nature, lay out conditions for sanctions against China, and promote the de facto independence of Taiwan, by directing the U.S. government to, according to its summary,” engage with the democratic government of Taiwan as the legitimate representative of the people of Taiwan." This is de facto recognition of Taiwanese independence, the reddest of China’s red lines, and a renunciation of the basis for the 1979 establishment of diplomatic relations between the U.S. and China. This astonishing provocation serves no meaningful purpose, advances no legitimate interests of the United States (or the people of Taiwan)!

“I believe the general reaction internationally and certainly in my own country, the United States, is one of despondency and a sense of impotence and frustration as the equivalent of a tragedy in the true Greek sense unfolds,” said former U.S. Ambassador Chas Freeman when asked for his assessment of the response of the world’s citizens to the current crisis. “Everyone can see where this is likely to go. The protagonists nonetheless proceed on course. And the chorus is unheeded. So this is a moment in which, indeed, people should be giving voice to their objections to a course of action which unnecessarily risks a war, possibly a nuclear war.”

Tragedies do not result from the failure of a leader. They reflect a failure of a civilization as a whole, a failure to overcome axioms that lead that society to its demise.

But there are many people committed to avoiding this tragedy! There is indeed a list of people “giving voice to their objections” to the policies that make nuclear war the eventual outcome, and that list has been published by Ukraine’s Center for Countering Disinformation, as a compilation of what its head Andriy Shapovalov called, at an event sponsored in part by the U.S. State Department, “information terrorists” who “should know that they will have to answer to the law as war criminals.” Leading this enemies list is the Schiller Institute, whose founder Helga Zepp-LaRouche plays a unique role in organizing the means of escaping the current tragedy of war, economic collapse, and “green” Malthusian death.

Strike back against this black list — published by the very forces being used to sacrifice Ukraine for the greater glory of destroying Russia — by sharing the joint response of dozens of members of the “honor roll.” 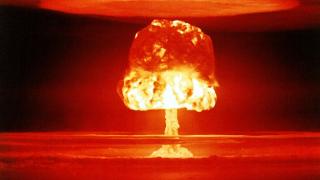