The Truth Shall Prevail

Desperate to succeed in their efforts to bring down Russia, the TransAtlantic war-time propaganda operation is increasingly exposed, by its own failures.  The recent attack on the Schiller Institute for its leading role in exposing the real reasons behind the targeting of Russia is a prime example of this.  Join with us to defeat the censors and their Fake News, to bring out the truth, that a New Paradigm is now possible, to replace the failed axioms leading to systemic global catastrophe. 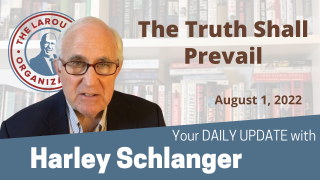