In the end, his hubris did him in, but the policies of a Unipolar world order which Boris Johnson championed remain in place.  The global rebellion against that order continues to build, especially among former colonial nations, which have had enough of IMF-directed austerity, military attacks, and regime change coups run against them.  This rebellion is now spreading in the West.  Help us direct its energy toward building a community of principle among sovereign nations, for cooperation and development, instead of imperial domination directed from London and Wall Street. Read, sign and circulate our petition. 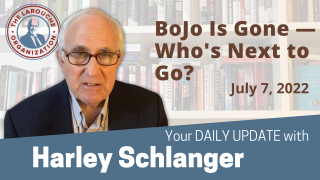