The Clash Between Two Opposite World Views

The delusions of western leaders, that Ukraine is winning and the West is strong and united, are being crushed by reality on the battlefields in eastern Ukraine, and on the streets of Europe.  The Empire's psychological warfare experts, whose job is to convince you to accept a miserable existence and be happy about it, are failing.  What's needed are leaders to speak the truth boldly, and act to outflank the narrative spinners.  Today, I honor one such historical individual, Walther Rathenau, who was assassinated 100 years ago today, targeted for his role as architect of the Rapallo Treaty, which he drafted to save Germany from being crushed by the imposition of the Versailles reparations payments -- let his example inspire others to break from the web of lies designed to enslave the majority. 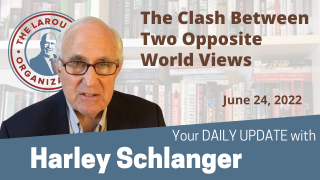