Putin Tells Macron How to End the Fighting -- Was He Listening to Putin?

Boris Johnson channeled Churchill in an address to Ukraine's parliament, making clear he and NATO are counting on them to fight Russia to the last Ukrainian.  Security officials in Ukraine announced they will stick with their end of the deal, not accepting a peace treaty with Russia.  As Europeans continue their efforts to break India's PM Modi from his commitment to nonalignment, Russian President Putin spoke with French President Macron.  He told him to stop sending arms, if he wants to stop the fighting, and end the sanctions and invest in upgrading infrastructure to deal with food shortages.  There was no immediate report on Macron's response to Putin. 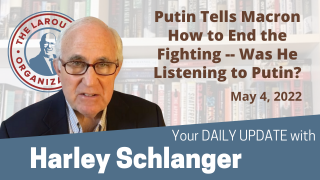 Was the individual charged in the mass shootings in Buffalo an admirer of the Azov Regiment's Nazi fighters in Ukraine?