What Has Happened to "American Intelligence"

What has happened to "American Intelligence"—in both senses? Is Intelligence an oxymoron or do we still have a British Empire problem?

We will discuss the historical background to Lyndon LaRouche’s August 2004 proclamation: 'A  G.W. Bush Intelligence Czar is Obviously an Oxymoron,’ and examine what has happened to American intelligence ever since. We’ll look back to the sudden, rapid, and extremely stupid sacking of the World War 2 OSS and its chief, General Will Donovan between September 20 and October 1, 1945, and what that meant.

Stephanie Ezrol, author, historian, member of the EIR editorial board and long-time LaRouche movement leader and organizer, joined us for tonight's discussion. 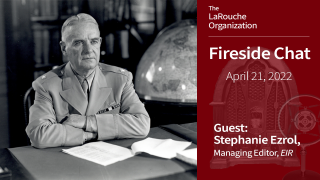