The Arrogant West Is Losing the "Information War"

A feature in the April 22 issue of the "Economist" magazine, a mouthpiece for the City of London, reflects the anguish of the enforcers of the Unipolar order over the collapse of consensus behind their dangerous policies.  While proclaiming themselves to be committed to democracy and sovereignty, they are forced to acknowledge that nations representing 2/3rds of the world's population are either defenders of Russia, or unwilling to support economic warfare against Russia -- precisely because they recognize the hypocrisy of the West, in claiming to support sovereignty while running regime change coups against any nation which actually asserts its sovereign rights! 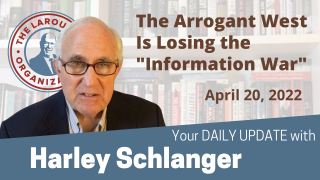