April 11—The trans-Atlantic nations, as NATO and its “allies and partners,” are ravaging the world’s economies, including their own, and including subjecting hundreds of millions of people to the threat of famine, in order to “weaken” and “crush” Russia and its partnership with China. Their leaders, instructed by oligarchs of the City of London and Wall Street, seem almost to welcome the severe austerity they are imposing on their own peoples, as some sort of talisman of victory in what can easily become a world war with nuclear weapons. The “weaponized” U.S. dollar is being discredited as the international reserve currency it has informally been since the 1970s destruction of the Bretton Woods monetary system.

These are just 40 nations. Even within them, and the great majority of other nations seeking to end the Ukraine war without collapsing the world economy, many are looking for the path to a new economic development platform—including a new monetary system—as well as a new security architecture. They want to know which major nations could start to build a new international credit system, with what currency or currencies, and how.

The Schiller Institute’s April 9 conference, with 650 activists from more than 60 countries participating on a Zoom link and thousands more following the conference on social media, included answers to this question. Much more thoroughly, Lyndon LaRouche’s 2004 masterpiece, “On the Subject of Tariffs and Trade,” gives them all the fundamentals of building a new economic development platform when NATO has left the dollar system radioactive. A very rich central section of this work is being republished by Executive Intelligence Review this week.

In the current global tragedy, many economists and financial analysts are claiming to see opportunities for a new system—based on the values of strategic commodities; on trade with national currencies outside the dollar; simply on central banks’ massive domestic printing of currencies other than the dollar; or at the opposite extreme, on a gold standard.

But Lyndon LaRouche proves that the central criterion for determining economic value in the relations among nations, is physical-economic productivity, and the foreseeable future national productivity which nations can achieve through the wise use of their national credit.

And he writes in “On the Subject of Tariffs and Trade,” that the target of using credit to increase national productivity, is a higher future standard of living and skill available to the households of the national workforce. “…[T]he standard of measure to be used in national-economic estimates intended for crafting policy, is a certain kind of normative standard of physical family income, including all participation in essential public services of basic economic infrastructure. The average of actual data is not to be used for the purpose of defining policy; instead, we must use a standard … chosen for a household whose employment expresses a specified level of development of technology employed in production.” [Emphasis in original.]

LaRouche had written in 2000, in “On a Basket of Hard Commodities: Trade Without Currency,” on why the dollar served successfully as the gold-reserve basis for the Bretton Woods system from 1945 through the 1960s, and as the basis for the largest share of the productive credit generated internationally in that period. He wrote that this was not due to the international market values of any major American commodities or the power of Wall Street finance. It performed that role because of the United States’ strong economic infrastructure and physical-economic productivity achieved during Franklin Roosevelt’s long presidency and through to John F. Kennedy’s space and nuclear crash programs.

The basis of a new economic platform must be a group of major nations now. LaRouche’s principles of physical science and economic productivity explained in “On the Subject of Tariffs and Trade” are the unique guide to success. 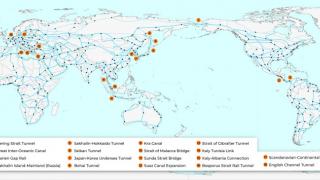 Aug. 5—In a speech Aug. 4 to a political youth summer camp in Norway, NATO Secretary General Jens Stoltenberg extolled the virtues of NATO, especially now with Russia’s military operation in Ukraine. “President Putin has attacked an entire innocent country and people, with military force, to achieve his political goals,” he claimed. “What he is really doing is challenging the world order we believe in where all countries, large and small, can choose their own path. He does not accept the sovereignty of other countries.” The war, Stoltenberg lied, “was triggered by his demand for Russian control over Ukraine.”

TransAtlantic governments are staggering under the combined effects of the economic crisis and the strategic disaster in Ukraine.

The United States of America Had a Purpose…

July 4—Let’s remember that it was on Independence Day, July 4, 1821 that President John Quincy Adams issued the famous reminder to his countrymen that America does not go abroad in search of monsters to destroy.