Peaceful Cooperation, or Confrontation: What is Biden's Policy Towards China?

The State Department announced on March 10 that U.S. Secretary of State Tony Blinken and National Security Adviser Jake Sullivan will meet with top Chinese officials in Alaska on March 18. China will be represented in the meeting by Yang Jiechi, Director of the Office of the Central Committee for Foreign Affairs, and Wang Yi, Foreign Minister and State Councilor, to engage in dialogue on what Blinken described as a “range of issues”, including those on which there is “deep disagreement.” The meeting will come in the midst of considerable speculation as to what Biden's policy toward China will be, especially following the worsening of relations caused by the bellicose posture of Trump's Secretary of State Pompeo, who repeatedly attacked China as a threat to U.S. security. After the announcement, Blinken lowered the expectations for a positive outcome, commenting, "This is not a strategic dialogue. There's no intent at this point for a series of follow-on engagements."

While Pompeo is gone, his threatening rhetoric continues be heard from U.S. military and intelligence agencies, as in the "Interim National Security Strategic Guidance" paper released by the Biden administration on March 3. In language reflecting the continuity of policy coming from operatives of the "Military Industrial Complex" (MIC) within defense and security agencies, Russia and China are identified as growing threats to "western democracies". It states that this administration will endeavor to gather the world’s “democracies” into an alliance against Russia and China, to counter their "aggressive military deployment" and to thwart their “malign” influence on the world. Blinken confirmed this, telling a Congressional hearing that the administration is committed to a "summit of democracies" to address the threat from China before the end of the year. The Strategic Guidance paper identifies such cooperation with “allies” as key to U.S. policy, asserting that through such cooperation, the U.S. will “reinvigorate and modernize our alliances and partnerships around the world.” However, one must consider that if an “ally” crosses Washington, such as Germany’s refusal to cancel the Nord Stream 2 pipeline, they may also face U.S. sanctions. Blinken has a record as a War Hawk, from his time as deputy national security adviser to President Obama, and as Deputy Secretary of State, from 2015 to 2017. During this time, he was critical of Obama for not being more aggressive in pursuing regime change in Syria, saying this was a "failure" of the administration. As for relations with China, since his confirmation he has warned that Beijing has the economic, diplomatic, military and technical power "to seriously challenge the stable and open international system -- all the rules, values and relationships that make the world work the way we want it to." His defense of a "rules-based order" exposes what this phrase really means: one dominated by the unilateral control by the U.S. and Great Britain, with U.S. military muscle propping up a failing financial system, by crushing any nation which rejects the globalist order. Included in his recent testimony is his call for imposing more sanctions against Russia over the unsupported charges of Russian hacking in the SolarWinds case. According to the {New York Times}, the administration is committed to a cyber attack on Russian government institutions, as part of its retaliation for SolarWinds -- so much for the "rules-based order."

The meetings with Chinese officials will follow meetings with officials from Japan and South Korea, with Defense Secretary Lloyd Austin joining Blinken for those. The Pentagon noted in a press announcement that the meetings with those two nations are intended to bolster relations with allies in the region “in the face of long-term competition with China.” The State Department added that the meetings will “highlight cooperation that promotes peace, security and cooperation in the Indo-Pacific region and around the world.” Just prior to these meetings, President Biden will hold a virtual meeting on March 12 with his “Quad” allies—India, Japan and Australia.
Anthony Blinken, secretary of state is greeted at Yokota airbase in Japan, March 15, 2021

The Quad, which is being counted on as a force for containment of China, is sometimes referred to by its advocates as an "Asian NATO". It was activated to provide relief following the devastating tsunami which hit Indonesia in 2004. The idea that it could serve as a military alliance was first promoted by George W. Bush's Vice President Dick Cheney in 2007. This concept was fleshed out in a report by the neocon think tank, the Center for a New American Security (CNAS), created in 2007 by the unilateralist networks responsible for launching the "endless war" policy in southwest Asia. A report published by CNAS in 2008 called for increased American engagement in Asia, arguing that in the early twenty-first century, "America’s strategic preoccupation in Iraq and Afghanistan is undermining its ability to adapt to major power shifts in the Asia-Pacific that are actively challenging America’s traditional balance of power role in the region." (No mention was made in the report of the role played by CNAS representatives from the Bush-Cheney administration in fostering the "strategic preoccupation" by launching destructive wars in southwest Asia!) Leading elected officials in both parties seized on this to advocate a more robust U.S. presence in the Pacific. In his 2008 presidential campaign, Barack Obama called for a "new worldwide concert of democracies" to come together, to counter Russian and Chinese influence.

This is the backdrop to the Obama administration's "Pivot to Asia," which incorporated the geopolitical outlook of the British Empire advanced in the writings of Halford Mackinder, which reflected the empire's preoccupation with the threat posed to its domination of trade and finance by the emergence of a potential alliance of European and Eurasian nations. The idea of the "pivot" -- a concept introduced by Mackinder to identify choke points which must be kept under imperial control to preserve the power of the empire -- was to place Asia at the center of U.S. policy, as a combined military and economic shift to counter the growing economic power of China. On the military side, it included the adoption in 2010 of the "Air-Sea Battle" doctrine, which was presented as a necessary operational plan for possible military confrontation with China. The economic warfare component of the pivot was to be the Trans-Pacific Partnership (TPP) free trade agreement, finalized in 2015. According to Obama, the "TPP allows America -- and not countries like China -- to write the rules of the road in the twenty-first century." Despite the exclusionary intent of the TPP, China invited the U.S. to join the Asian Infrastructure Investment Bank, to participate in funding major projects in Asia. The U.S. not only declined, but vigorously lobbied others, including the U.K. and Japan, not to join.
British imperialist Halford MacKinder originated Obama's "Pivot to Asia" policy. The idea was to pin point choke points that had to be kept under imperial control to preserve to power of the empire. Left: Halford MacKinder. Right: Obama with the emperor and empress of Japan in April 2014 While President Trump, as one of his first acts, withdrew the U.S. from the TPP, his posture toward China became increasingly oriented toward the Obama policy, beginning in March 2020, and was enunciated in the numerous interventions made by Pompeo in the region. Biden, as Obama's vice president, was a strong defender of the pivot policy, especially in military policy, and his administration appears to be adopting it, especially in its military strategic approach to the region. This is the conclusion to be drawn from the appearance by Admiral Philip Davidson, the commander of U.S. Indo-Pacific Command, in his recent testimony before Congress. Davidson painted a picture of a growing strategic threat from China that the U.S., even with a military budget two-and-a-half times greater than China, was ill-prepared to face. He demanded more money—$4.7 billion for 2022—to build more missile defenses and deploy ground-based offensive missiles, warning that without deployment of these weapon systems, China will become more aggressive, with options including an invasion of Taiwan, or an attack on Guam. The money that Davidson is asking for would be for the Pacific Defense Initiative, for which Congress allocated $2.2 billion for 2021.

“In stark contrast to our free and open vision, the Communist Party of China promotes a closed and an authoritarian system through internal oppression and external aggression,” Davidson said. “China’s pernicious approach to the region includes a whole-of-party effort to coerce, corrupt and collapse governments, businesses, organizations and the people of the Indo-Pacific,” he said, adding, "The military balance in the Indo-Pacific is becoming more unfavorable for the United States and our allies. With this imbalance, we are accumulating risk that may embolden China to unilaterally change the status quo before our forces may be able to deliver an effective response. The greatest danger the United States and our allies face in the region is the erosion of conventional deterrence vis-a-vis the People's Republic of China."

This call for a military buildup corresponds with similar talk coming from NATO and European Union officials, some of whom, such as NATO General Secretary Stoltenberg, have called for an extension of NATO to the Indo-Pacific region, in an effort to encircle and contain China and Russia. This echoes the theme of the Atlantic Council's recent publication of "The Longer Telegram", which revives the idea of a military alliance similar to that which created NATO after World War II, to contain the Soviet Union. The Atlantic Council set up a "D10 Strategy Group", to lobby for including Australia, Japan and South Korea in an expanded G7. The D10 committee is headed by Ash Jain, a former State Department official in the Bush and Obama administrations, who headed the Obama "alumni" group which campaigned for Biden in 2020.

The idea of "NATO expansion" is explicit in the new strategic doctrine paper, which states, "Our democratic alliances enable us to present a common front, produce a unified vision, and pool our strength to promote...standards, establish effective international rules, and hold countries like China to account. That is why we will reaffirm, invest in, and modernize...NATO and our alliances with Australia, Japan and the Republic of Korea."

This bellicose rhetoric stands in stark contrast to remarks made by Biden in his address to the Munich Security Conference on February 19, one week after he had a two-hour conversation with President Xi. In his speech to Munich,, Biden said that he does not intend to adopt policies which pit "East against West....We want a future where all nations are able to freely determine their own path without a threat of violence or coercion. We cannot and must not return to the reflexive opposition and rigid blocs of the Cold War."

This statement possibly reflects an understanding that, in an era marked by crises such as the global COVID pandemic, and a cratering global financial system, the axioms of the geopoliticians must be rejected, and replaced by a dialogue which can lead to peaceful cooperation among sovereign states. If so, the upcoming meeting between U.S. and Chinese officials in Alaska may be the first step in walking back from war, which otherwise would seem to be inevitable. 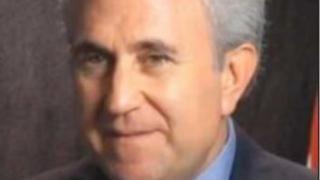 An honest bipartisan investigation of the corruption of the "permanent bureaucracy" of the U.S. must be the task of the new "Church Committee".

What Will Replace the Oligarch's Neoliberal Empire When It Collapses?

Under "maximum external pressure," Germany agrees to provide tanks to Ukraine.  Will this be the "bridge too far" to World War III?