Sept. 8—Today was the 100th birthday of Lyndon H. LaRouche, Jr.. the economist-scientist-statesman ranking among history’s greatest philosopher leaders of all time. His birthday was observed throughout the world with rallies (Berlin, Paris, Houston, Washington DC, Boston, and more), statements and an all-day video-marathon featuring notable speeches by LaRouche, and messages of tribute and appreciation from all ages and nations. The first edition of a Festschrift honoring LaRouche for his centenary, was released today by the Schiller Institute. The 300-page document is available here.

This Sept. 8 marathon is titled, “The Triumph of Truth.” One concrete manifestation of that, reflecting the profound influence of LaRouche’s thinking and his lifetime of interventions with his wife Helga Zepp-LaRouche, founder of the Schiller Institute, is the increasing collaboration for development among the major powers—Russia, China, India and many nations active in the renewed Non-Aligned Movement.

This is seen in the plans for the several upcoming international summits, for example, next week the Shanghai Cooperation Council (SCO) heads of state will meet in Samarkand (Sept. 15-16), including President Xi Xinping and President Vladimir Putin, in person. There are new nations in line to join the SCO, and new “guest” nations attending as observers. In November, the heads of state of the BRICS nations will meet.

Last week, President Alberto Fernandez of Argentina made the formal request for his nation to join the BRICS. His letter was presented to President Xi, and the application was announced Sept. 6 by the Argentine ambassador to China, at a pre-Summit BRICS meeting in Xiamen.

The Eastern Economic Forum (EEF) this week was another venue for collaboration. One of the events at today’s closing sessions was on the topic, “Infrastructure as a Growth Driver—China’s Experience,” focusing on the construction prospects for mutual benefit across Asia, Africa, and especially projects China and Russia have been building together. India’s Prime Minister Narendra Modi said in his address (video) to the EEF plenary on Sept. 7, that his nation looks forward to collaboration with Russia, and he gave very concrete examples. Russian coking coal is important for Indian steel. Multi-nation trade corridors for development will include the Chennai-Vladivostok Maritime Route.

In glaring opposition to all this, are the militarism and economic breakdown worsening in the North Atlantic. Today, the U.S. presided over the monthly meeting of the Ukraine Defense Contact Group, in Ramstein, Germany. Renewed pledges were made to arm and fund the Ukraine government, to continue combat against Russia. Also today, U.S. State Department Tony Blinken made a surprise visit to Kiev, to announce that the U.S. will supply another $2.8 billion in arms and funding to Ukraine, which will hit the total of $15 billion pledged from the U.S. to Ukraine, just since President Biden took office.

In fact, behind these arms flows—causing terrible and needless loss of life and destruction—the Trans-Atlantic economic war machine is, itself, collapsing. The rate of shutdown of basic industrial output—steel, aluminum, zinc, chemicals, and fabrication of all kinds of things, means that there is no simple “inflation” problem, or “supply chain” problem, or other simplified reasons accounting for the manufacturing decrease. We are seeing economic breakdown.

The U.S. Defense Department itself backhandedly acknowledged problems, in a Sept. 7 posting, saying that the necessary “long haul” Western commitment to Ukraine, does pose a burden on the industrial base. Therefore, Secretary of Defense Gen. Lloyd Austin proclaimed that we must “plus up” our industrial base. “Plus up”!

This insanity is seen in the crazed European response to its energy crisis. Over recent days, nation after nation of the 27 in the EU have been announcing billion-dollar bail-out commitments for their energy “sector” firms in trouble. In fact, apart from some small tinkering to give tiny aid to households or car and truck drivers, the billions are going to firms that lose billions because of 1) the energy shortage from the green shift, sanctions, and Global NATO belligerence; and 2) continued speculation and energy spot-markets. The European Commission energy agenda issued today by Ursula Von Leyen for the EU Extraordinary Energy Summit in Prague tomorrow is a disaster. Same for the emergency energy policy for Britain, announced today by the new Prime Minister, Liz Truss.

The Schiller Institute international online conference this weekend, "Inspiring Humanity to Survive the Greatest Crisis in World History,’ will take up the questions of what the needed policies are on how to achieve them.

One session, in particular—Saturday afternoon, will address the vital requirement for free speech and dialogue to confer on emergency and long-term development policies, and peace. It is titled, “Defend the Right to Deliberate! Speak Out Against Blacklists and the Suppression of the Search for Truth.”

This was the urgent topic discussed at the Sept. 7 EIR online press availability, by many Americans, and others, focusing on the necessity to put a stop to the Ukraine blacklist and hit-list operations, funded by the U.S., NATO and the UK.

Be sure to attend the Schiller Institute Conference and spread the word. 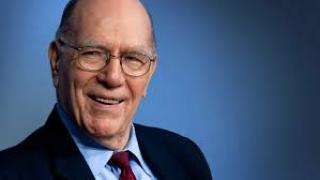